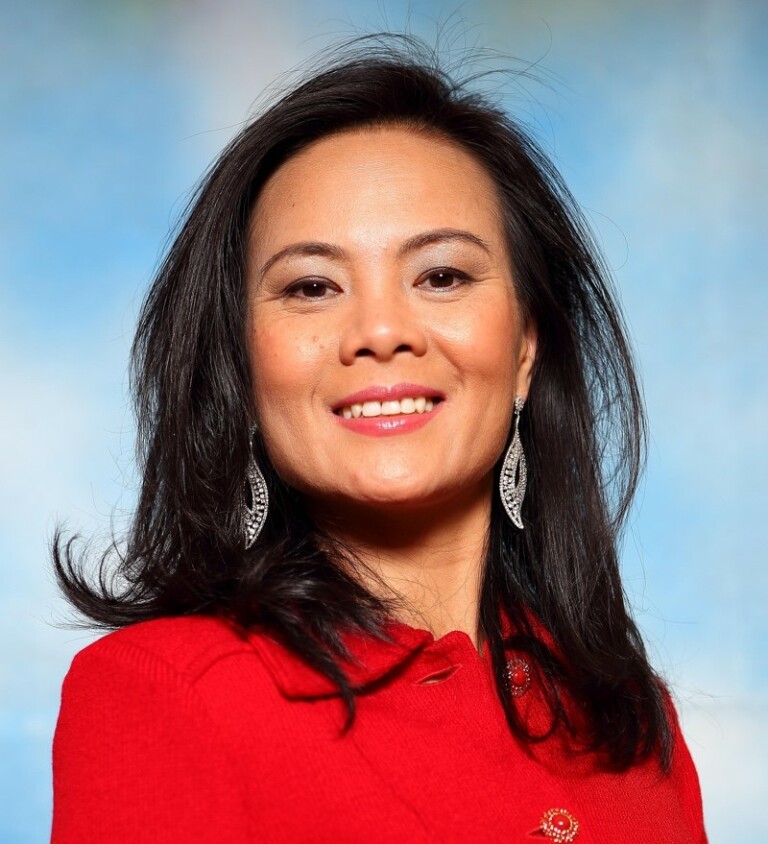 Thuc-Quyen Nguyen is the Director of the Center for Polymers and Organic Solids (CPOS) and the professor in the Department of Chemistry & Biochemistry at the University of California, Santa Barbara (UCSB). Professor Nguyen received her B.S., M.S., and Ph.D. degrees in Physical Chemistry from the University of California, Los Angeles. She was a research associate in the Department of Chemistry and the Nanocenter at Columbia University working with Professors Louis Brus and Colin Nuckolls on molecular self-assembly, nanoscale characterization and devices. She also spent time at IBM Research Center at T. J. Watson (Yorktown Heights, NY) working with Richard Martel and Phaedon Avouris on molecular electronics. She joined the faculty of the Chemistry and Biochemistry Department at UCSB in July 2004.

She is co-authored 271 publications and 3 book chapters that received over 30,000 citations and gave over 270 invited talks at national and international conferences, universities, and companies. Recognition for her research includes the 2005 Office of Naval Research Young Investigator Award, the 2006 National Science Foundation CAREER Award, the 2007 Harold Plous Award, the 2008 Camille Dreyfus Teacher Scholar Award, the 2009 Alfred Sloan Research Fellows, the 2010 National Science Foundation American Competitiveness and Innovation Fellows, the 2015 Alexander von Humboldt Senior Research Award, the 2016 Fellow of the Royal Society of Chemistry, the 2019 Hall of Fame - Advanced Materials, the 2019 Beaufort Visiting Scholar, St John’s College, Cambridge University, the 2015-2019 World’s Most Influential Scientific Minds; Top 1% Highly Cited Researchers in Materials Science by Thomson Reuters and Clarivate Analytics, the 2019 Fellow of the American Association for the Advancement of Science (AAAS), the Stanford University's 2020 list of the World Top 2% Highly Cited Scientists, the 2020 UCSB Outstanding Graduate Student Mentor Award, and the 2021 Women in Materials Science by Advanced Materials.

Organic semiconductors (OSCs) are a class of carbon-based materials comprising of alternate single and double bonds (conjugated pi-bonds). They can be synthesized to have band gaps from the UV to the near infrared regions of the electromagnetic spectrum. OSCs are attractive due to their unique properties: light weight, mechanical flexibility, low cost, low-temperature processing, and simple fabrication methods such as roll-to-roll coating, spray coating or ink-jet printing into desired size and shape. Such materials are expected to form the basis of new technologies — called the Organic Electronics. OSCs have been implement in commercial products such as displays and lightings and have potential applications in transistors, solar cells, photodetectors, thermoelectrics, ratchets, sensors, neuromorphic computing, and bioelectronics. In this talk, I will discuss the development of OSCs for applications in solar cells, photodetectors, and electrochemical transistors. I will highlight how chemical structure and processing conditions can be used to tune the materials properties and therefore the device performance. The results from these studies provide design guidelines for new generation of materials for applications in organic electronics.