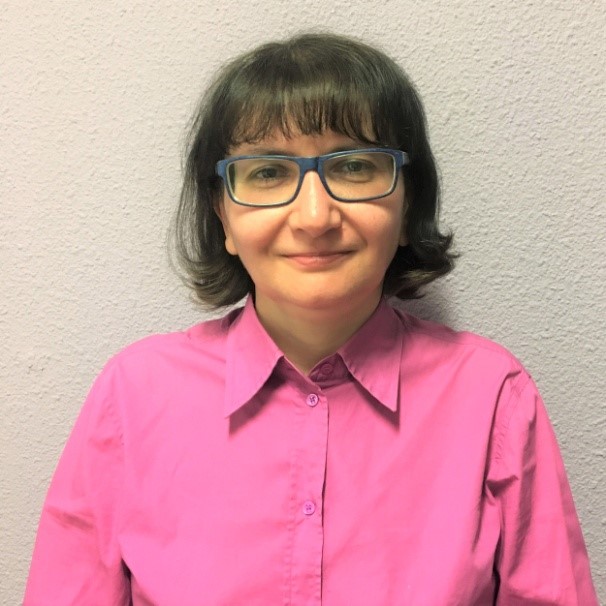 Dr. Stefania Carapezzi is currently holding the position of Post-Doc Researcher at the group PHYDENANO (https://www.lirmm.fr/aida-todri-sanial/) of Dr. Aida Todri-Sanial, Microelectronics Department, LIRMM, University of Montpellier, CNRS, Montpellier, France. Her research focuses on the field of Technology Computer-Aided Design (TCAD) modeling and simulation of semiconductor devices. Presently, she is investigating Beyond CMOS devices: 1) vanadium-dioxide oscillators and 2) 2D Molybdenum disulfide memristors, to be applied in Oscillatory Neural Networks, an innovative neuromorphic computing architecture which is at the core of the H2020 European Project NeurONN (https://www.neuronn.eu/). Previously, she was involved in developing TCAD models for nanoscaled transistors, such as short channel double-gate III-V MOSFETs, and suspended carbon nanotube FET. Carapezzi received her Ph. D. in Physics at the University of Bologna, Bologna, Italy. Prior to joining CNRS, she was Research Fellow at the Department of Physics and then at the Advanced Research Center on Electronic System, University of Bologna.

Neuromorphic circuit design inspired by the functions of the human brain has recently attracted huge interest, from basic scientific research to technological applications, as a route for overcoming the limitations of the traditional von Neumann computing paradigm. Neuromorphic systems are being developed using CMOS and beyond CMOS devices in the quest to embed more functionality and increase energy efficiency. Thus, a multi-scale simulation flow able to integrate into a multi-faceted framework 1) materials properties, 2) device geometries, and 3) circuit behavior is a fundamental asset for the design and optimization of brain-inspired hardware. In this talk, I will illustrate a simulation toolchain using commercial technology computer-aided design (TCAD) software suite by Silvaco Victory to simulate neuro-mimicking oscillatory neural networks (ONNs) based on Beyond CMOS Vanadium Dioxide (VO2) oscillators. Such oscillators are compact and scalable because they can be realized by inserting a VO2 two-terminal device in series with an RC parallel circuit. The principle of operation of the oscillator circuit is as follows. The VO2 channel experiences a volatile resistive switch (from insulator to metallic state) induced by the temperature due to the Joule effect. Depending on the VO2 device being in an ON/OFF state, the external capacitor will charge/discharge, yielding the oscillatory behavior. I will avail of a dedicated TCAD approach developed to simulate such an intertwined electrothermal mechanism. Based on it, I will show simulations of VO2 oscillator obtained as 3D electrothermal TCAD simulations of VO2 device with external resistor and capacitor as lumped element boundaries. Finally, I will present the mixed-mode SPICE – TCAD procedure to simulate the dynamics of circuits of coupled VO2 oscillators, where TCAD 3D electrothermal simulation of the VO2 device is solved self-consistently to SPICE simulation of the circuit. Overall, my talk will showcase how multi-physics simulations are essential for highlighting the interplay between VO2 material properties, device geometry, and circuit dynamics to provide guidelines for developing the ONN technology.