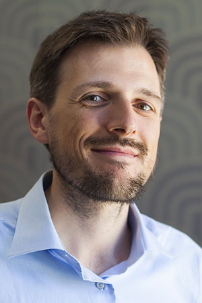 Mario Caironi studied at “Politecnico di Milano” (Milan, Italy) where he obtained his Laurea degree in Electrical Engineering in 2003 and a Ph.D. in Information Technology with honours in 2007, with a thesis on organic photodetectors and memory devices. In March 2007 he joined the group of Prof. Henning Sirringhaus at the Cavendish Laboratory (Cambridge, UK) as a post-doctoral research associate. He worked in Cambridge for 3 years on high resolution inkjet printing of downscaled organic transistors and logic gates, and on charge injection and transport in high mobility polymers. In April 2010 he has been appointed as a Team Leader at the Center for Nano Science and Technology@PoliMi of the Istituto Italiano di Tecnologia (Milan, Italy), in 2014 entered the tenure track at the same institution and obtained a tenured researcher position in 2019. He is author and co-author of more than 130 scientific papers in international journals and books. He is currently interested in solution based high resolution printing techniques for micro-electronic, opto-electronic and thermoelectrics devices fabrication, in the device physics of organic semiconductors based field-effect transistors and their integration in high-frequency printed circuits, in organic bioelectronics sensors and in edible electronics. He is a 2014 starting ERC grantee and a 2019 consolidator grantee.

Enhanced biocompatibility and ease of processability of conjugated organic materials have spurred the work of the bioelectronics community towards the development of an increasing number of organic electronic biosensors and bioactuation devices. A further inspiring opportunity stems from the use of natural or bioinspired materials to develop edible electronic systems, composed of devices that can be safely ingested and degraded within the body after performing its function. Edible electronics could potentially target a significant number of biomedical applications, such as monitoring patients compliance to medications, and of applications in the food packaging as well, by providing ingestible smart tagging of perishable goods. Here I will first give an introduction to this emerging field and propose long-term opportunities in terms of environmentally friendly smart technologies, remote healthcare monitoring, along with the challenges ahead. Then, I will report on our recent progress in the development of edible circuitry and components, towards future integrated edible electronic systems.