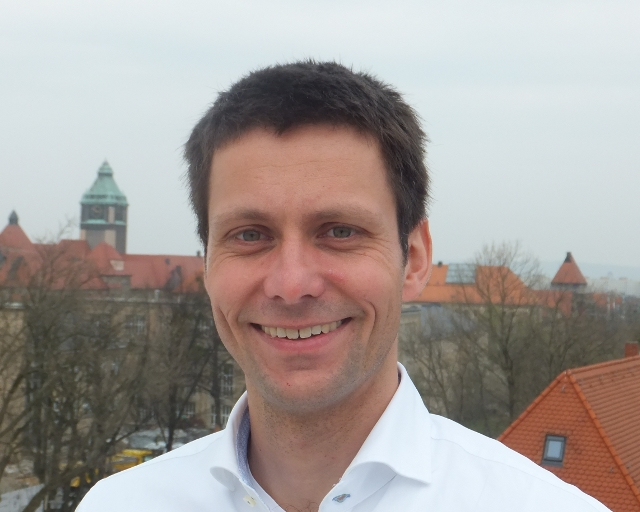 Hans obtained his diploma in physics from the University of Jena in 2009. From 2009-2012 he joined Prof. Leo's group at Technische Universität Dresden where he was focusing organic electronics. After having received his PhD in 2013 from TU Dresden, Hans joined NOVALED/ Samsung SDI as a researcher/ project-leader on organic transistors for display applications. He returned to academia in 2016 and joined the group of Prof. Dr. Feng Wang at the Physics Department of UC in Berkeley, USA. In 04/2017, Hans started as a group leader at TU Dresden where he is focusing on next level organic electronic devices. In 2021 he received a Habilitation from TU Dresden.

Abstract: A Thermodynamic Theory to Describe the Neuromorphic Properties of Organic Electrochemical Transistors

The increasing hunger for energy of software-based artificial intelligence demands the development of hardware-based, neuromorphic neural networks. A key element of future neuromorphic computing, in particular concerning applications in real-time biosignal classification, is the organic electrochemical transistor (OECT) that, by employing a mixed ion-electron conducting materials, can perform switching tasks in electrolytic environments and serve as a sensor or actor element. OECTs differ substantially from their inorganic field-effect counterparts, mainly due to their electrochemical, rather than electrostatic, gate operation principle. However, the working mechanism of OECTs is modeled like the one of field-effect transistors. This approach, however, fails to give quantitative agreement with experimental observation and ignores the material properties of the channel and the chemical dynamics that stem from the operation of the device. Here, we present a new comprehensive, unified model that can explain the behavior (including neuromorphic properties) of OECTs across a broad range of materials, designs, and operation regimes. We treat the polymeric channel as a thermodynamic binary system and show that the entropy of mixing is the primary driving force behind the operation of the OECT. We can quantify the entropic and enthalpic interactions between charged species for various materials and solvents and harness this knowledge to provide guidelines for material modeling and insights for device fine-tuning for targeted applications. Finally, our thermodynamic model describes the intrinsic origin of the ubiquitous hysteretic behavior of OECTs.