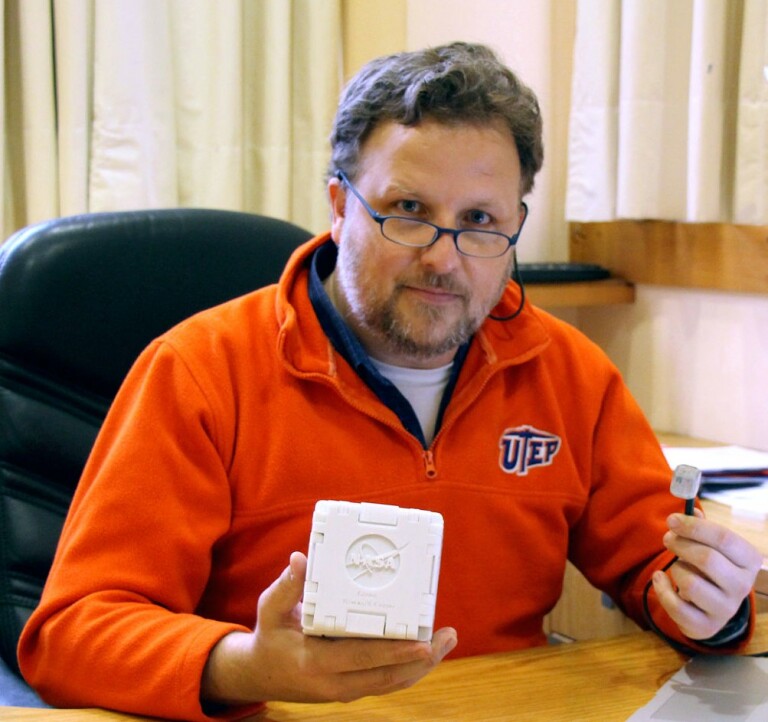 Eric MacDonald, Ph.D. is a professor of mechanical at the University of Texas at El Paso and engaged in the W.M. Keck Center for 3D Innovation.  Dr. MacDonald received his doctoral (2002) degree in Electrical and Computer Engineering from the University of Texas at Austin. He worked in industry for 12 years at IBM and Motorola and subsequently co-founded a start-up specializing in CAD software and the startup was acquired by a firm in Silicon Valley. Dr. MacDonald held faculty fellowships at NASA’s Jet Propulsion Laboratory, US Navy Research and was awarded a US State Department Fulbright Fellowship in South America. His research interests include 3D printed multi-functional applications and process monitoring in additive manufacturing with instrumentation and computer vision for improved quality and yield. As a co-founding editor of the Elsevier journal Additive Manufacturing, MacDonald has help direct the journal to have the highest impact factor among all academic journals worldwide in manufacturing. Recent projects include 3D printing of structures such as nano satellites with structurally-embedded electronics (one of which was launched into Low Earth Orbit in 2013 and a replica of which was on display at the London Museum of Science). He has over 100 peer-reviewed publications, dozens of patents (one of which was licensed by Sony and Toshiba from IBM).  He is a member of ASME, ASEE, senior member of IEEE and a registered Professional Engineer in the USA state of Texas.

3D printing has been historically relegated to fabricating conceptual models and prototypes; however, increasingly, research is now focusing on fabricating functional end-use products. As patents for 3D printing expire, new low-cost desktop systems are being adopted more widely and this trend is leading to a diversity of new products, processes and available materials. However, currently the technology is generally confined to fabricating single material static structures. For additively manufactured products to be economically meaningful, additional functionalities are required to be incorporated in terms of electronic, electromechanical, electromagnetic, thermodynamic, chemical and optical content. By interrupting the printing processes and employing complementary manufacturing, additional functional content can be included in mass-customized complex structures.   The two-hour short course will provide a comprehensive overview of the full taxonomy of additive manufacturing processes as defined by the ISO/ASTM 52900 standard.  Each of the seven additive manufacturing processes will be described in terms of both operation and in the context of benefits and challenges for electronics and electromagnetics.  A diversity of case studies will be provided highlighting the profound benefits of fabricating electronics with the design freedom, mass customization and geometrical-complexity that additive manufacturing brings to bear.