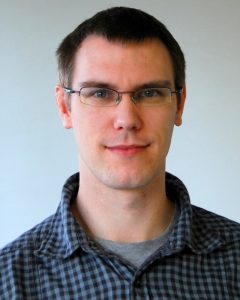 Kris Myny received his PhD degree in electrical engineering from the KU Leuven, Leuven, Belgium, in 2013. He is now a Principal Member of Technical Staff and R&D Team Leader at imec, and part-time lecturer at KU Leuven. He specializes in circuit design for flexible thin-film transistor applications. His work has been published in numerous international journals and conferences, including Nature Electronics and several ISSCC contributions. He was listed as one of Belgium’s top tech pioneers by the business newspaper De Tijd and received in 2018 the European Young Researcher Award for design on thin-film electronics. In 2016 he also received a prestigious ERC Starting Grant from the European Commission to enable breakthrough research in thin-film transistor circuits (FLICs). He is now a member of the Young Academy of Belgium between 2019-2024.