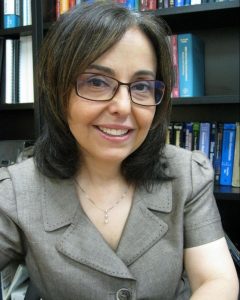 Zeynep Çelik is a Distinguished University Professor at the University of Texas at Arlington. She received B.S. in electrical engineering and physics from Bogaziçi University, Istanbul, Turkey, and the M.S. and Ph.D. in electrical engineering from The University of Rochester, NY. She was an IBM Pre-doctoral Fellow from 1983 to 1984, and an Eastman Kodak Pre-doctoral Fellow from 1985 to 1987. She joined the Department of Electrical Engineering at Southern Methodist University in 1987 as an Assistant Professor; was tenured and promoted to Associate Professor in 1993. Dr. Çelik-Butler was the holder of J. Lindsay Embrey Trustee Assistant Professorship from 1990 to 1993. She served as the Assistant Dean of Graduate Studies and Research from 1996 to 1999. She moved to University of Texas at Arlington in 2002.

Her research interests include noise and reliability in electron devices, and novel flexible sensors and nano energy harvesters. She has 10 patents, 10 book chapters, and over 225 journal and conference publications. She serves as a Topical Editor for the IEEE Sensors Journal and the Elsevier Sensors and Actuators A: Physical. She is an IEEE Fellow and a life member of Eta Kappa Nu.