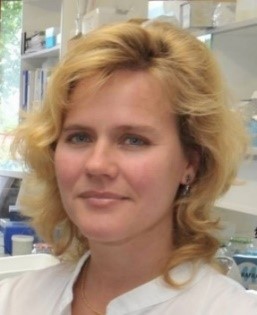 M.C.Morris obtained her PhD in Biology and Health Sciences at Montpellier University, France in 1997 and completed her postdoctoral training at the Scripps Research Institute, La Jolla, USA. In 2000, she was hired at CNRS (French National Centre for Scientific Research) and was promoted CNRS Research Director in 2010. She currently heads the “Kinase Biosensors and Inhibitors” group of Cellular Pharmacology at the Institute of Biomolecules Max Mousseron in Montpellier. Her research interests concern molecular signalling in cancer, development of biosensing technologies for diagnostics and anticancer therapeutics. In 2017 she launched the regional initiative BIOCCI « Biosensors in Occitanie ». In 2018 her research projects were certified by the « Biomarkers & Therapy » Key Initiative of Montpellier University of Excellence.

She has published 77 articles in peer-reviewed journals, 18 chapters in books and 9 patents (Total citations : 6181, h-factor: 36 (ISI Web of Science). She was awarded the CNRS Bronze Medal in 2006, the “Scientist of the Future” award from Languedoc-Roussillon Region in 2009, MATWIN Oncology Academic Prize in 2019 and the Knight of Legion of Honor in 2020 (Chevalier de la Légion d’Honneur awarded by the President of France in recognition of scientific and humane contributions and commitment to the nation).